This article is from our guest blogger Julius Jelsma. He is a business developer at yellowbird, who recently graduated, doing research in how to apply virtual reality within the tourism industry. In the following, he will look at VR in tourism from a business point of view.

Some of the previous bloggers asked for our opinion on several issues like storytelling in tourism, our experiences and prospects of VR in tourism. I would however like to raise the discussion: how to prevent VR from remaining a gimmick when instead it should become a working application relevant to the tourism industry? Based on my experience and research, I would like to shortly respond to this issue and give my personal view on 360° video within the tourism industry.

As many of you know, VR has been an eye-opener in many segments since the big breakthrough in 2014/2015. Clearly, it is amazing to virtually visit Asia or the USA via VR goggles. Therefore, it is not surprising that almost everyone who is introduced to VR for the first time is astonished by the 360 experience, as well as people who experience it for the second or third time. But for how long will VR remain interesting with today’s offer and production of VR content? What exactly is it that makes VR so promising in the long run; the experience itself or the type of content?

During my research I’ve spoken with dozens of tourism professionals which were all enthusiastic about the possibilities of virtual reality. However, it was striking that no one yet knew how to apply VR in their business nor the tourism industry. Although many claim VR is one of the most promising tools for the tourism industry, the forecasts are mainly based on hyped statistics from the early adopters. Surely, the VR gimmick will slowly fade away and the uniqueness of VR will remain in the quality of content and degree of immersion. However, partly due to the booming yet little experienced 360° start-up companies and low cost consumer camera’s, the market is currently producing the opposite. All together causing a huge lack of professional immersive footage which prevents VR from lifting to the next level.

Basically this has led to the fact that there is no working VR application on the market yet that positively influences the return on investment (ROI) from a business point of view. This can cause companies to wait and see how things work out.

Due to this I think that the success of VR in tourism largely depends on the contents excellence. However, due to the fast changing market and new technologies this is currently being underestimated. Producing an immersive VR experience that excites people to keep watching in today’s market, is an expensive and complicated job. In order to prevent people from getting bored it takes time, creative ideas and a dedicated team of VR specialists with knowhow of the market. A perfect example of a complicated and very well done VR travel production is ‘The Hidden World of the National Parks’ Created by Google, Stinkdigital of NY, and directed by Adam Newport-Berra. You can find more information about this project here. 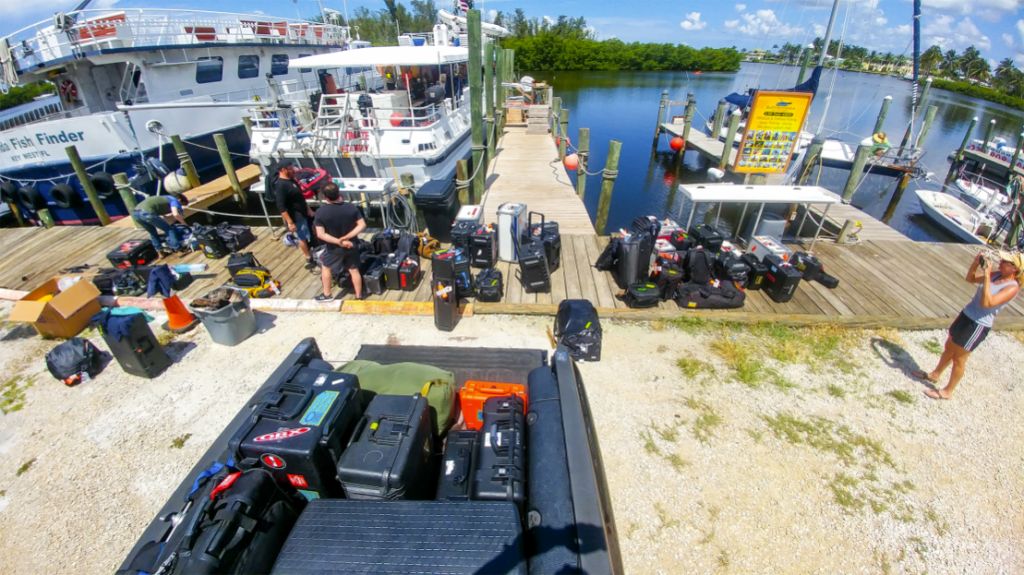 The camera crew of “The Hidden Worlds of the National Parks,” prepares for the Dry Tortugas National Park in the Gulf of Mexico, west of Key West, Florida.

“We traveled with about 40 cases that contained 30 GoPros, six different 360 rigs, two Alexa packages, a prime lens set, and an Optimo 12:1 zoom.”

In conclusion, the long term potentials of VR in tourism shouldn’t hide behind the gimmick. The market should therefore focus on finding a working application by trial and error, instead of using VR as a simple marketing tool. By doing so VR will become an essential part within the tourism industry for the long term.

About yellowBird:
Since its founding in 2009, yellowBird deployed over 100+ projects all over the world for the world’s leading companies. Over the last two years the company started focusing on business development. This implies that the emphasis is on how to apply VR within a business or organisation instead of simply using it as a marketing tool.