Home Destination The Role of Virtual Reality at Olympia 2016

The Role of Virtual Reality at Olympia 2016

Virtual Reality is highly involved in showing the world the best side of Rio de Janeiro. A great example is how the Olympic City Museum created a 360-degree video with the help of helicopters and hang gliders flying all over the city. The film includes main parts of Rio but also other Olympic venues such as Deodoro and Barra. It appeared to be one of the biggest entertainments for visitors at the Olympic City Museum. VR gives users a chance to be part of the Olympic venues and to visit the main attractions all over the city. One can feel the metropole’s look and vibes as never before. Guests can fly through Rio and completely immerse into their experience. With the use of Virtual Reality headset and interactive digital technology, the new Olympic City Museum has turned into one of the main attractions of the Games.

A photo from the helicopter view, from www.rio2016.com

The Olympic Games have often been criticized for burning a big amount of money, as the spectacle takes place for not even three weeks and afterwards little positive economic effects remain for the host region. On top, it includes huge debts from the construction of facilities. Nevertheless, by applying new technologies in the form of VR, these Olympic Games will shape the future of sports broadcasting and the touristic future of Brazil.
Virtual Reality can help Rio to create new experiences that visitors have never had before. Thus, we believe it can have a long-lasting, positive effect on Brazil’s tourism. The best races, finals and competitions can be captured and replayed and used for future tourism promotion. To publish Virtual Reality videos world-wide, they can be published on social networks such as Facebook or Youtube which are already widely used for 360-degree videos, or any other Virtual Reality platform.

The Olympic Broadcasting Services, the official media agency for the Games, offers live coverage of Olympic events by using cutting-edge 8K Super High Vision videos. With this standard, pictures appear crispier and clearer than ever before. As the CEO of the Olympic Broadcasting Services Yiannis Exarchos stated: “This summer in Rio, OBS will be producing an unprecedented number of hours of content. But in addition to this offering, OBS will use the Rio Games as an accelerated laboratory for exploring some of these new technologies that will shape the future of sports broadcasting, such as Ultra-HD and Virtual Reality.” 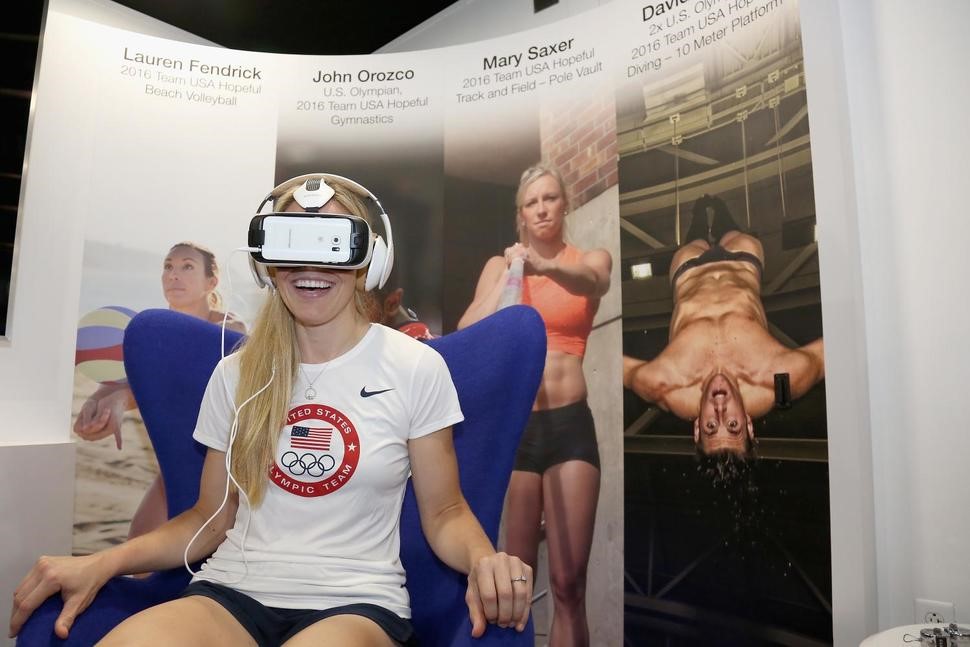 Olympic Games enthusiasts can be as close as never before to the athletes – even without entering a stadium or sports venue. Using compatible headsets with mounted smartphones, one can experience the key moments of Olympia 2016. One can become part of the closing and opening ceremonies and feel like actually being part of this historical sport event. With the latest developments of Samsung Gear VR, Google Cardboard and Oculus Rift, it is possible to have a personal and affordable Virtual Reality experience at home. In general, Brazil has great potential for flourishing tourism thanks to the country’s vibrant cities, advantageous geographic location, and famous events like the carnival. It also offers visitors a superb view into its rich and complex cultural heritage and wild natural spectacles. In contrast, the poor economic performance, risen crime rates, the tough fight against corruption, and the ongoing inflation also throw their dark shades on the country’s tourism.

During 2014, the year of the FIFA World Cup, Brazil received 6.4 million international visitors, which is 10% more than in 2013. That was a significant improvement for the country’s tourism industry. Sport events make this destination appealing to the world. Especially Rio de Janeiro and Sao Paulo are already the most attractive and visited destinations in the country and gained extra popularity through the World Cup. Now, according to the Brazil Tourism Institute, Brazil is expecting to receive more than a half million foreign tourists during the Olympic Games. A large part of the marketing for Brazil is already done. With Virtual Reality we can hear and see virtual worlds as never before. Brazil should take the chance to shape their destination image and convince more people to come.  On the long run, how will the visitor numbers develop?

The World Travel Tourism Council’s 2016 Brazil report suggests that the country’s travel and tourism sectors will drop this year by 1%, leaving the country on the lower end of world-wide tourism statistics. The estimated growth of Brazil’s tourism sector within the next ten years totals to 33% which – at first – sounds promising but still is far behind the expectations of other countries’ tourism industries. Multiple studies show that Virtual Reality pushes peoples’ desire to visit a place in real life after experiencing it virtually. So the hope remains that Virtual Reality will help Brazil to flip the coin and proof these pessimistic statistics wrong.