Last Wednesday more than 400 VR interested and enthusiasts met at the University of Applied Sciences Salzburg to learn more and discuss about Virtual Reality as well as Augmented and Mixed Reality. If you did not have the chance to join, we provide a short review: VR Summit Salzburg 2016.

In the following we would like to point out aspects that are true for VR development, and specially focusing on the travel and tourism industry.

When one thinks about how to combine tourism and VR, the first thought often is: VR is perfect for marketing. However, there are also other possible application fields. Pascal Levensohn highlighted the importance of social VR, which is so far limited to chat rooms such as Altspace VR. What we question now is how social VR will impact travel in the future? Could you imagine traveling virtually to a destination and spend your holiday together with your family or friends in VR? 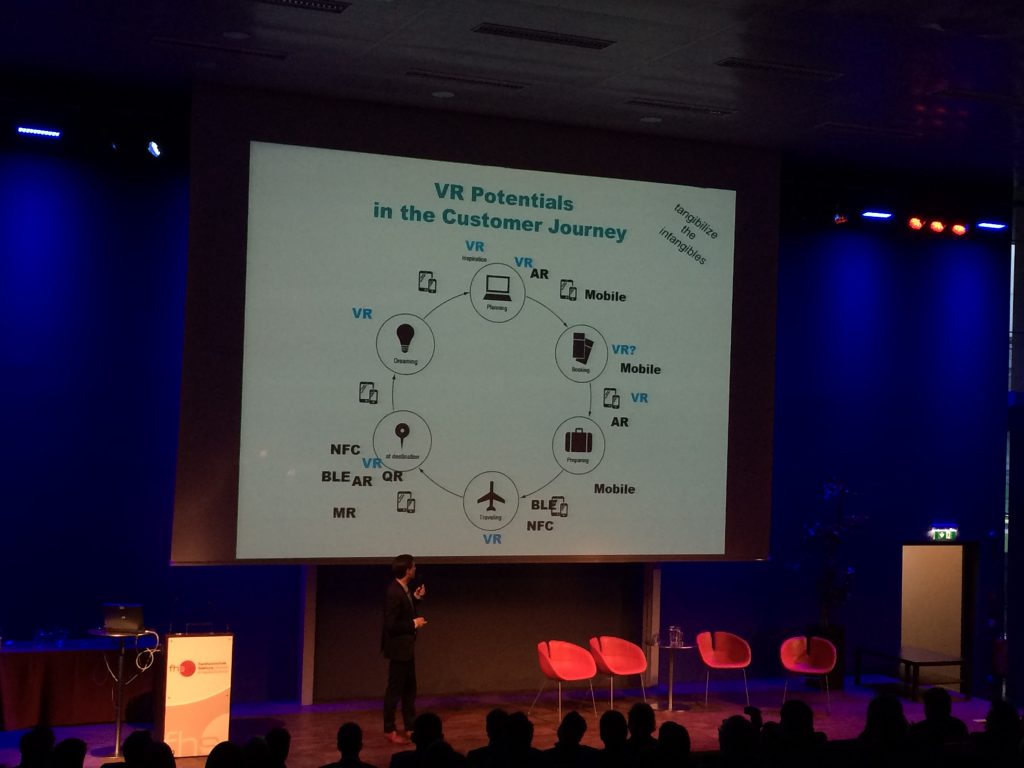 As mentioned by Pascal Levensohn and Roman Egger, the lack of high value content constitutes a huge challenge. Whereas with computer animated contents 6 DOF (Degrees of Freedom) are more easily to realize, it is more difficult with filming. So far, content produced by destinations or the hospitality industry are 360° videos that do not allow any interaction or if they do, it is only to a very limited extent. Tobi, one of our research group members, created an own 360° video and gave first-hand information at the summit regarding issues with capturing and recording, stitching, sound and other post-production tasks. Stay updated for a blog post by Tobi about this topic.

Andrea Rass (Vienna Tourist Board) and Elisabeth Harzhauser (Austrian Tourist Office) shared their experiences with VR production. Both agree that sound is important for an authentic VR experience. The 360° videos were distributed via Facebook and YouTube and also at fairs such as the ITB. Hence, as also highlighted by Roman Egger, the distribution of VR content is a challenge.

To be able to understand VR, it is important to experience it. After the speeches and impulse lectures, participants had the opportunity to familiarize themselves with different VR systems such as the Oculus Rift, HTC Vive or Samsung Gear VR. Besides that, the Microsoft HoloLens could also be tested. Various research projects from different study programs of the University of Applied Sciences were exhibited and provided a great possibility for interesting discussions and exchange.

To sum it up, the participation of so many people with different backgrounds and perspectives on the topic made it a unique event. We are already looking forward to the VR Summit Salzburg 2017 and to see where technological development and innovations will lead us!

Here you can find a TV report broadcasted by the regional news Salzburg heute about the VR Summit 2016. 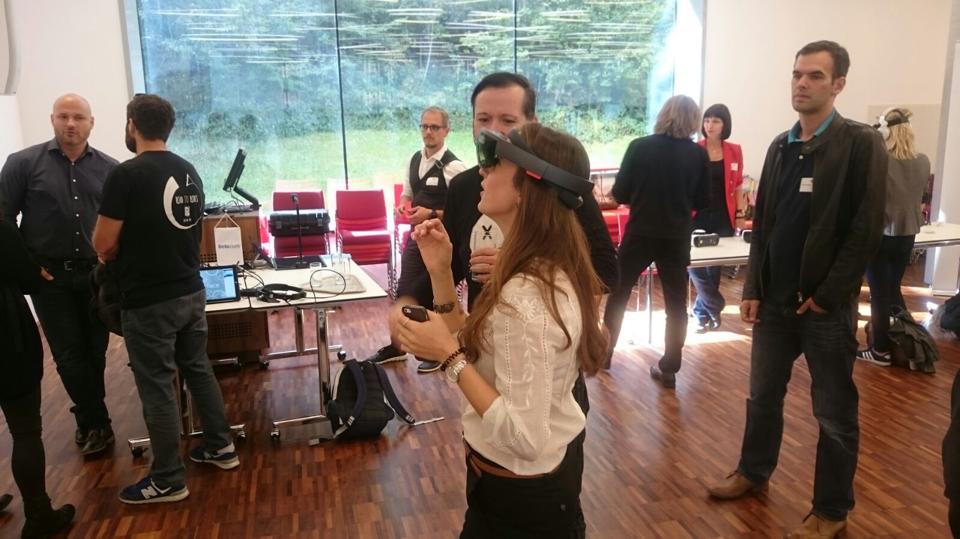 Alina experiencing the Microsoft HoloLens. Can you think of a touristic use case for the HoloLens? Get in touch and share it with us!