How Pokémon GO can benefit tourism

Pokémon GO is a recent internet phenomenon that anyone with internet access has heard about. With already more than 65 million current players and rapidly increasing user numbers, it has quickly become the most successful game application of all-time. In essence, it is a mobile AR application where players can move their virtual avatars by moving (actually: walking) in the actual world in their quest to hunt and catch virtual pocket monsters, which they can catch through an AR overlay on top of what the smartphone camera can capture. The app is praised by health experts around the world since it is a game that gets people out of their houses and motivates them to walk around outside and connect with others. So what exactly does this have to do with tourism? 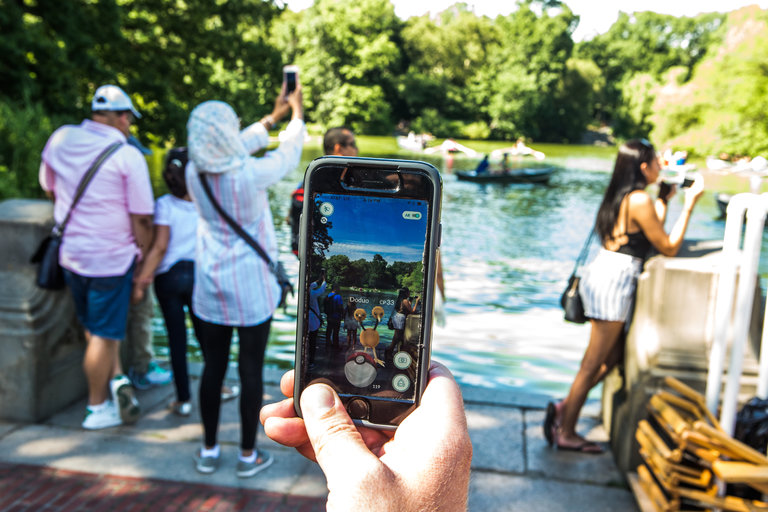 Well, there are several ways how Pokémon GO can benefit tourism, albeit so far it is mostly gastronomical providers that can reap the benefits. In the virtual world of Pokémon GO exist several so called PokéStops and gyms, these are usually placed at important sightseeing spots, monuments and such, or other public areas of interest; in-game, these are displayed with a photo and oftentimes a brief description. Since users have to actually walk around to catch the Pokémon, bars and cafés can benefit greatly if they supply them with the tools needed for the trade of Pokémon trainers. This includes supplying nearby PokéStops with lure modules (which attract rare Pokémon and can be purchased in-game) or supplying battery packs to playing customers (the game is very battery draining).

However, convention and visitors bureaus or DMOs can also benefit from joining the craze, as some have already shown despite the relatively recent start of the app. One example is Visit Anaheim, the DMO promoting the area that hosts the Disneyland in California. They published a guide on their blog to their readers that detailed specific locations of where players could find rare Pokémon in the area, which resulted in a massive spike in their reader numbers. Most of their tips are Disney-related, which goes to show that large attractions such as zoos or amusement parks can also benefit greatly from Pokémon GO, as their large area covers many possible PokéStops.

Independent city tour operators can also design new tours according to the location of PokéStops or the known locations of rare Pokémon; it is a concept that has already proven to be a hit with players. During the tour, players will encounter many PokéStops that possibly have an interesting history on their own, as this report from the New York Times illustrates. What Nintendo as the licensor and Niantic as the developer have certainly achieved is to make an AR based activity mainstream, hugely boosting the knowledge of consumers on the topic that are almost forced to deal further with the matter.

While the Pokémon franchise can look back to a massive fanbase already built in the late 90s within the millenial generation, we are curious what impact an AR spin-off from the Harry Potter universe (currently rumoured about) would have on tourism in regards to the even larger fanbase including not only millenials but also their parents. We think it is a great milestone in making the already existing and underused mobile AR technology on our phones so popular with the mainstream, possibly attracting more developers that in turn provide more content, paving the way for further advancements.