Virtual Reality (VR) is a topic that advances at a very rapid speed. It is important to stay up to date and know some basic information about the technology if one plans to grab hold in this fast-paced industry. This article is meant to give interested readers a sound overview over the current state of Virtual Reality. It is derived off the research conducted during the course of writing a bachelor thesis. While the main focus of the article is on VR in destination promotion, multiple other topics are covered. Due to this, an overview about uses of VR in other tourism aspects is provided. For this article, traditional marketing methods were compared against VR applications. Additionally, several potential benefits and disadvantages of VR in tourism are highlighted. In a later part, the future prospective for the industry is evaluated. Readers can therefore gain a general impression of the current state of Virtual Reality in tourism and can evaluate the importance for their respective business or industry. Readers can choose to read only the chapters relevant to them by choosing the respective chapter from the drop-down menu on top.

VR development has been immensely fast in the past years, with many consumer grade headsets becoming available just this year (2016). Multiple industry leaders such as Oculus and HTC have opened their pre-sales and will start shipping late in the first quarter of 2016. As an example for the rapid development of VR, Guttentag (2010) wrote that sites can be recreated with great attention to detail, and our hearing and visual senses are well stimulated in a virtual experience. However, there was still a lack of technology development regarding real-time movements and accurate sound simulation. Engineers have overcome these problems by now to the largest extend, just over half a decade later. Current generation head-mounted displays work with close to no latency (time difference in translating user movement into the virtual environment), which avoids issues such as cybersickness. The term three-dimensional (3D) sound has become common; it describes another feature of modern headsets which offers users to engage with a spatial sound experience surrounding them (Guttentag, 2010).

Guttentag (2010) also questioned how far the human senses could be implemented into virtual experiences. The importance of the senses will be highlighted in the chapter 3. But even while there are great technological advances being made, it should be kept in mind that technology will always dictate what is feasible at a time. Developments in VR first surfaced in the 1960s, however, technology has only now reached a stage where the make-believe worlds are believable enough to create true immersion. Chapter 3 will deal further with the theory of VR. 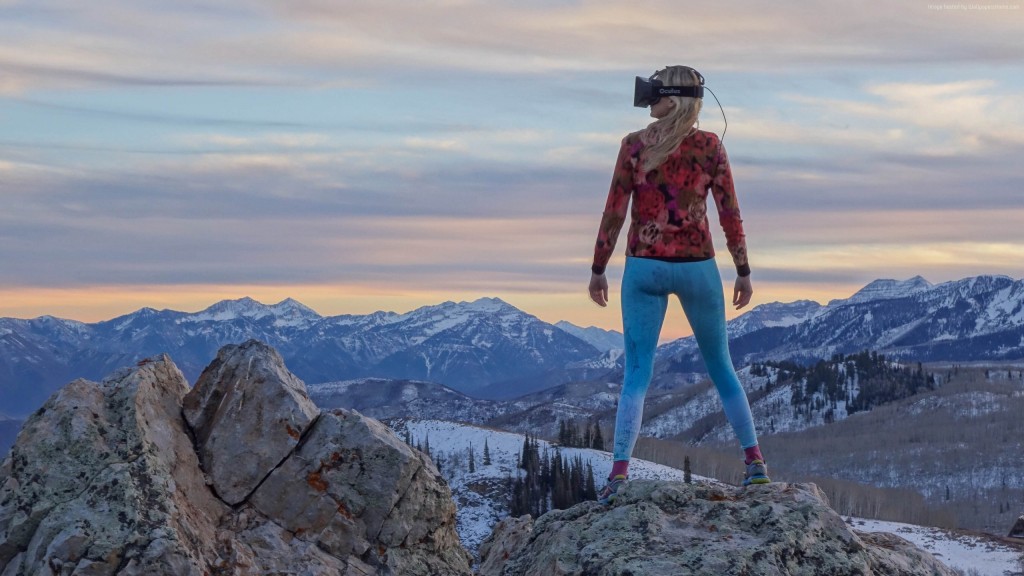 Current use of VR in other industries

VR is based on numerous technologies, several concepts and different theories. Naturally, the uses of VR are equally as numerous. As it is common for new advancements in the Information & Communications Technology (ICT) sector, the technology is originally built for a very specific industry and then later adapted to other specific industries in more general applications (Guttentag, 2010). While in the case of VR the entertainment industry is definitely a driving factor (and most prominent in media coverage), there are numerous other industries where VR is already being applied.

One example for VR applications is the use in training simulators. While these are most common with the military to recreate and train for situations that are otherwise not worthwhile to recreate in real life, the technology also finds use in (tank) driving and flight simulators. This is not strictly limited to military use, also, airlines take advantage of the technology to train pilots for new aircrafts (Gutiérrez et al., 2008).

Another popular use is in the health care industry. The technology of today is advanced enough to enable doctors and surgeons to perform remote virtual surgeries, or also telesurgery. Additionally, VR has been identified to help a lot with mental illness treatment. Successes are reported from treating post-traumatic stress disorder (PTSD) and in other psychological therapies such as the treatment of phobias to state some examples (Gutiérrez et al., 2008; Munster et al., 2015).

Education is another aspect that is mentioned a lot. While nowadays Google is offering its Virtual Expeditions as a learning tool for classrooms in combination with its cardboard viewer, an older example includes the “Fantastic Voyage” project developed at the University of California. Here users are virtually shrunk down to cellular scale and can venture on a journey through the vascular system of our bodies, where they can observe how the body reacts to different influences (Sussmann & Vanhegan, 2000).

Lastly, the use in design and architecture should be mentioned. Since its inception a few decades ago, architects around the world are using computer-aided design (CAD) software to showcase a project digitally on a monitor to clients before building starts (Mazuryk & Gervautz, 1996). With the help of VR, clients can now immerse themselves into the created house, have a look at the building and possibly go for a little virtual walk around the house. This short section showed up the great versatility of VR applications across different industries, however, there are numerous more uses than the mentioned ones, for example in the creative arts, real estate, and retail (Gutiérrez et al., 2008). Nevertheless, in continuation this article will focus on tourism related topics.