One of VR’s potentials is that with this technology one is able to immerse into every environment, no matter how hard it is to get there in reality. As David Attenborough, an English broadcaster and naturalist stated: “VR has incredible potential. It takes you to places you could have never dreamed existed, and you have a vivid feeling of actually being there. It’s an experience you don’t forget – that’s what’s so exciting about it”.

Conservation International (CI) is a global organization that works on protecting endangered landscapes, both on land and under water. Conservation International has joined the production of 360-degree virtual video of an ecological paradise in Indonesia: The Bird’s Head Seascape region, a habitat of rare species which stretches over millions of hectares and includes about 2500 islands and reefs.

Despite the uniqueness of this region and its marine diversity, it became strongly affected by intense economic developments and resource exploitation. Almost 12 years ago illegal fishermen started excessive fishing, even using explosives and other destructive methods, which highly affected the natural equilibrium of the Bird’s Head Seascape. 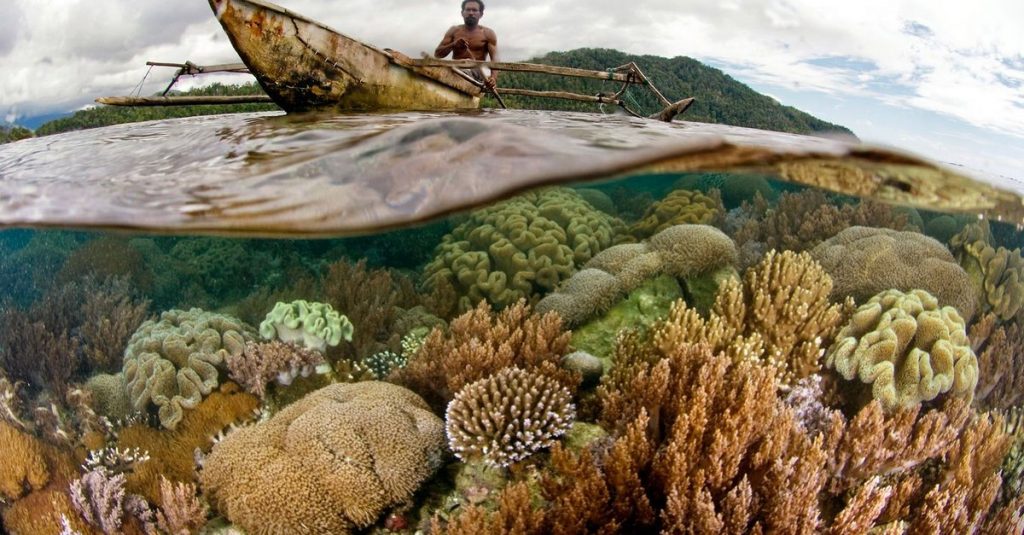 Today, the main goal of Conservation International is to raise awareness of the problems at the Bird’s Head Seascape and to educate the local people about the significance of a community driven conservation which will finally benefit them.

Dr. M. Sanjayan, Conservation International’s Executive Vice President and Senior Scientist explains: “In this project we use the immersive power of VR to transport you to the most biologically diverse sea on our planet, and one of the greatest conservation success stories of our time, to inspire love and support for our oceans.” In addition, Conservation International hopes to increase donations for their ongoing efforts.

This VR video is an urgent environmental message to the world. It is able to originate more empathy in the audience than commonly known brochures, regular videos or written texts. It has the potential to create a positive change in the world and keep this environmental jewel available for sustainable eco-tourism.